With the chaos fleet vanquished in the Perseus Deeps, and the genestealer threat taken care of in the west, General Kutuzov resumed his main offensive east. The strategic assets that needed to be taken to turn the tide on Mordecai Secundus were the mines and cities, but the city of Festergax Primus and the Abrax mines first required two of the chaos defences to be taken out. First, the mighty Fortres at Abruphus would need to be neutralised, and second, the chaos defences running east to west across Kutuzov's axis of advance, their "red wall" would need to be breached and overcome.

Once again the astartes would be needed against such well defended assets. On the north, Fort Abruphus was attacked by the Hammers of the Emperor, who took the fight to the defenders, facing the Emerald Serpent and Ahriman for the first time in the Moredecai campaign. The Emerald Serpent once again showed that they would leave the Death Guard to do the main fighting, but their sorcerous tower did not prove unassailable, with the loyalist astartes smashing apart the Serpent's army defending the fortress, rendering it useless.

Further south and west the main attack went in, led by the Imperial Fists and the Salamanders. The Fists encountered stiff resistance all along the chaos defences, but with much sacrifice and losses on both sides, Captain Gregor was able to lead his yellow liveried warriors to victory, breaching the chaos wall and moving the Imperial forces forward.

On the west flank, the Salamanders had an easier time, but still had to deal with stubborn Death Guard resistance along the chaos defensive line. However, the defences crumbled from east to west as the news of the loss of Fort Abruphus filtered along the front lines. By 1712.019M42 the way stood open for the Imperium to drive into the northern mining heartlands of the planet, potentially accelerating the process of victory for Kutuzov and the Emperor's loyal followers. 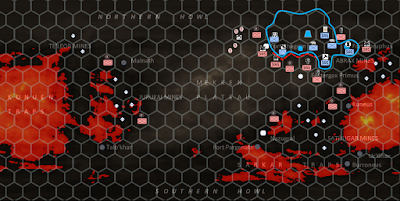 Posted by Duncan Railton at 1:06 AM 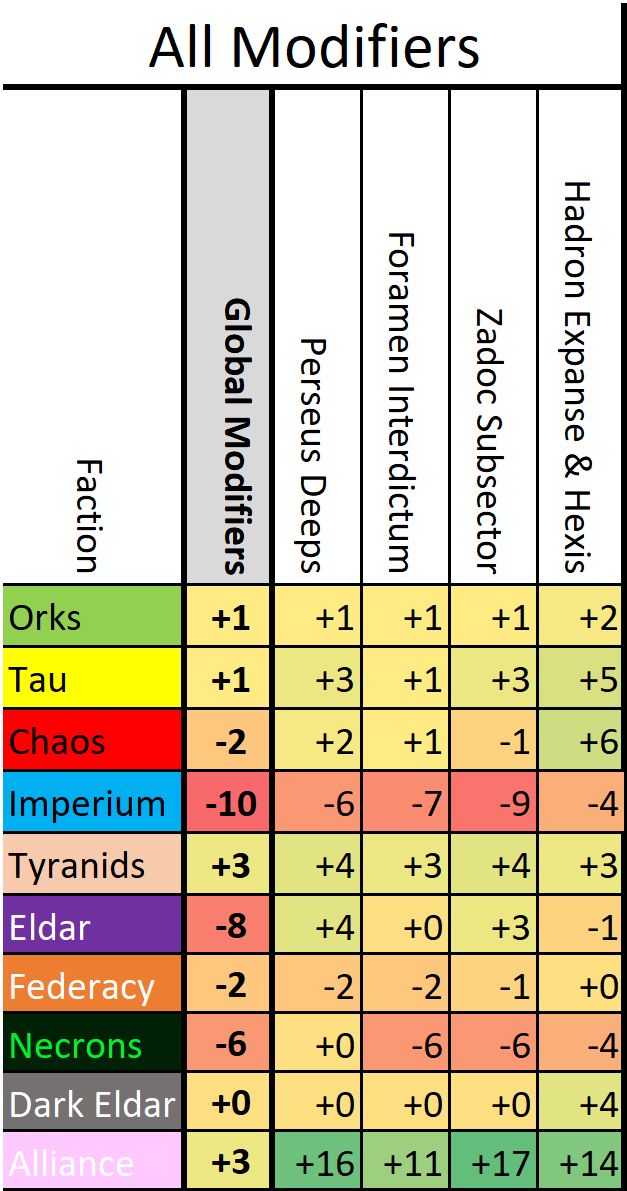 Welcome to the Aleph Sector

For the "how to join in" see this here Lying in the Ultima Segmentum, straddling the Foramen Interdictum near the Eastern ...